Last Monday was my first time setting a HASH. Actually I had to do it with Hiro but he can't possibly do HASH if Monday is not holiday so I asked Lynley and Mariko to help. It was Mariko's first time too to set it, but Lynley is an experienced HARES so I was pretty sure we won't get lost somewhere in the jungle hahaha

This was our point A. The pineapple monument in Wasuponda, a small city 20 minutes drive from Sorowako.

Some shots of us dropping papers for trail 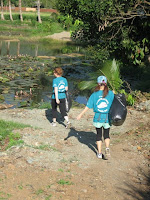 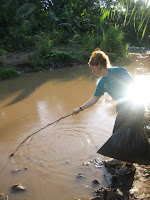 With children following us 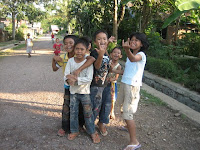 Some shots of the beautiful view 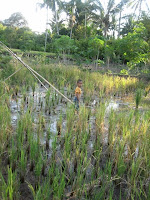 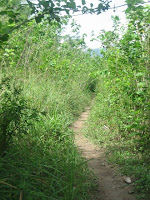 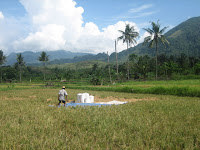 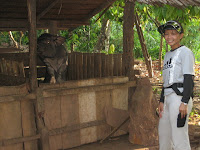 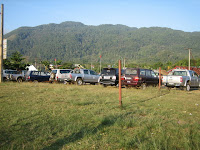 We walked for 1.5 hours for making this trail (for three times in total!), so we thought the trail would be long enough. How surprise we were to see the first runners coming within 30 minutes!!!!! We were pretty down at that time, but then my excuse was that my legs are half size of the first runners' legs :p. But I am happy that for many people this hash was really a nice hash. One woman even said that we should make trail every month! Whooo hooo! 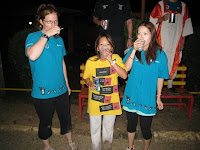 Well we had to drink anyway. Hares had to drink, and someone found out that we took photos while setting the hash :p 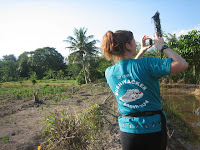 You actually pollute the environment with shredded papers all the way?????????