This should be a last week story, but this week I'm too busy sorting our things and make a lot of lists for our moving out (#_#)

It celebrates the meeting of Orihime (Vega) and Hikoboshi (Altair). The Milky Way, a river made from stars that crosses the sky, separates these lovers, and they are allowed to meet only once a year on the seventh day of the seventh lunar month of the lunisolar calendar. Since the stars come out at night, the celebration is held at night.
Source: Wikipedia

We spent this year's Tanabata Matsuri at the hospital for Iki's yearly check up. People can hang their wishes on small decoration trees there because Japanese believe that they would be fulfilled. It was in hospital, so most wishes written are "getting well soon" papers. 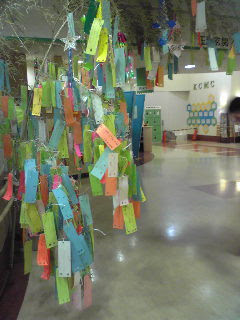 Sendai is famous for hosting the biggest Tanabata Matsuri in Japan, which interestingly is held on 6-8 August instead of 7 July.

The Sendai Tanabata festival began shortly after the city was founded in the early Edo Period. The Tanabata festival gradually developed and became larger over the years. Although the festival's popularity started to dwindle after the Meiji Restoration, and almost disappeared during the economic depression that occurred after World War I, volunteers in Sendai revived the festival in 1928 and established the tradition of holding the festival from August 6 to August 8.

During World War II it was impossible to hold the festival, and almost no decorations were seen in the city from 1943 to 1945, but after the war, the first major Tanabata festival in Sendai was held in 1946, and featured 52 decorations. In 1947, the Showa Emperor Hirohito visited Sendai and was greeted by 5,000 Tanabata decorations. The festival subsequently developed into one of the three major summer festivals in the Tohoku region and became a major tourist attraction. The festival now includes a fireworks show that is held on August 5.
Source: Wikipedia

Every shop along the main matsuri's street prepared their own kusudama (ornamental ball). These are some famous shops' kusudama. 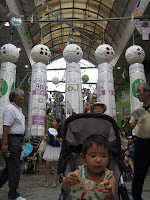 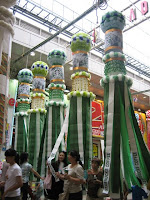 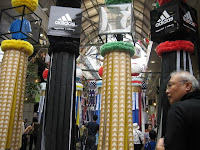 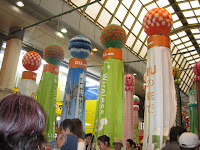 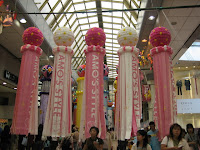 There are famous anime's characters' kusudama too. Like Pikachu's: 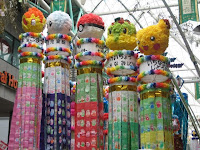 This is us with the kusudama 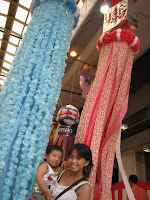 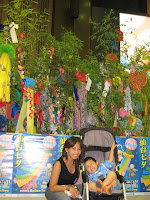 Similar with other Matsuri, there were also lots of children's traditional games. This one is taking superballs for 500 yen (expensive!!!). Iki was not patient enough to wait so he almost got inside the pool and wanted to take the balls by his hands (@_@) 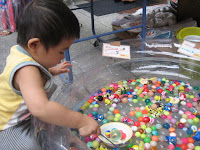 And also catching small fishes. Iki really wanted to do this game but I didn't want him too. Well, what would I do with that small fish if he could get one?! Bringing it along to Tokyo?! No way!. And I was pretty sure he would cry if he couldn't get any fish hahaha 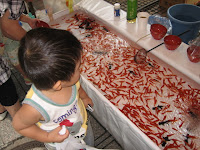 We really enjoyed that matsuri. Oh...we did shop too!!! Look at Iki with his huge shopping bag! 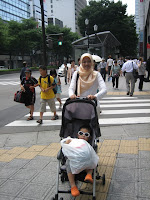 Thank you for accompanying us between your busy time, Mee-chan (^_^) 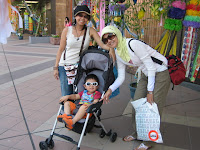